Sam Greening is a composer, currently in his second year of the Guildhall Artist Masters at Guildhall School of Music and Drama. His collaboration with writer Sam Redway-Wells, Work-in-Progress, was recently premiered at Milton Court Concert Hall and EXAUDI recently premiered his setting of Marina Tsvetayeva's Insomnia 8, a shell where the ocean is still sounding. He previously studied at Cambridge University and was President of King’s College Music Society during his time there. He received the King’s College Bertram Faulkner Prize ‘for a student who has made a lasting contribution in the fields of musical scholarship, composition or criticism’ in his final year. Sam studied with Richard Causton and Raymond Yiu while at Cambridge. Currently, he is studying with Malcolm Singer. Sam is currently interested in high contrast, continuously shifting tempi, and subtly placed sounds.

He has taken part in the Sound and Music Summer School, in a group taught by David Horne, which assisted the development of his technique and compositional style. This culminated in the live performance of Sam’s work for mixed quartet, Asunder. In March 2019 this piece was performed by members of the BCMG in a workshop. He conducted his orchestral composition The Song of Los (inspired by a William Blake poem) in King’s College chapel. Sam was selected to take part in the Etchings Festival 2019, tutored by Kaija Saariaho. His piano trio, Spin, has recently been workshopped by the Amatis trio. This piece was recorded, along with his cycle of Edward Thomas song settings, in December 2020. His recent Duet for two ensembles was premiered in Cambridge in November 2021, followed shortly after by the premiere of Frames, a set of piano miniatures.

In November 2019 Sam conducted Janacek’s Sinfonietta in an ambitious concert for King’s College Music Society. Earlier in the year, he conducted Stravinsky’s Octet in Winchester.

Sam is also an accomplished pianist, currently studying with Andrew West. Previously he studied under Béla Hartmann and Roger Owens. While at sixth-form college, he held a place as a pianist on the highly competitive Hampshire Specialist Music Course. While at Cambridge, he worked as a répétiteur for several Cambridge University Opera Society productions, including Carmen and The Twin Brothers. In December 2019 he played piano for the CUOS production of Donnacha Dennehy’s The Last Hotel. 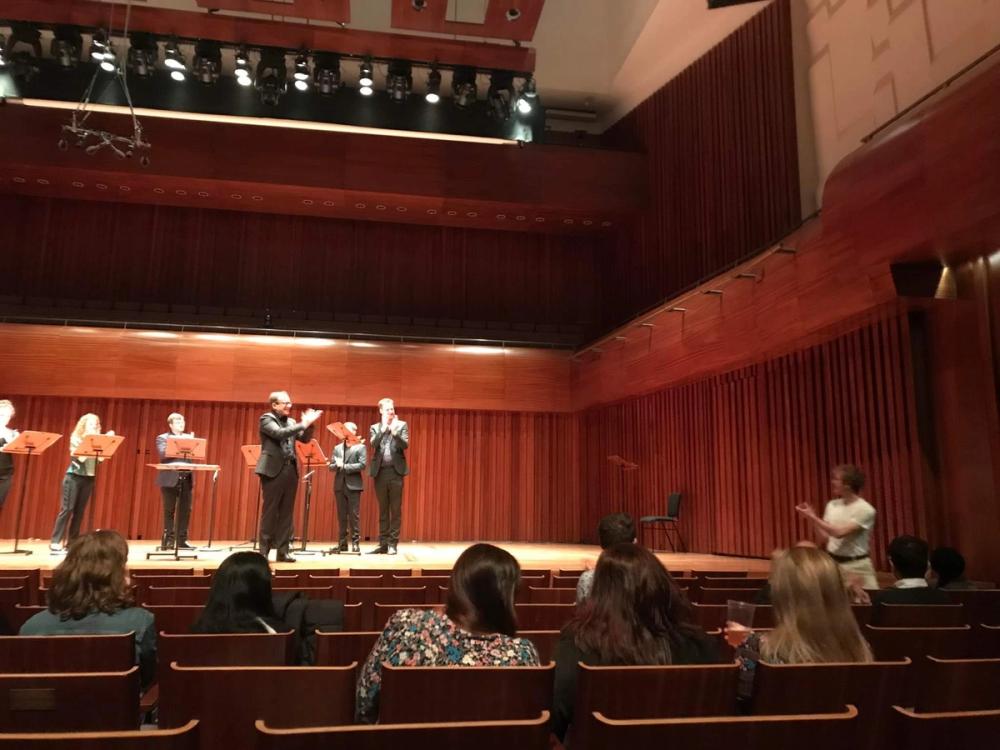 To read some writing, have a look here!